Perhaps the more notable of our achievements since 1975 have been:

Saving rock faces of special geological importance from destruction (eg Pouk Hill, Walsall in the early days of the society through the actions of Peter Oliver et al).

Bringing to the attention of the geological community the plight of the Dudley Collection (Alan Cutler) and subsequent salvage and conservation work on it (Peter Parkes, Graham Hickman).

For the first time formalising and extending the geological records details using GCG forms. In so doing, providing a first database for the Geological Records Centre at Dudley Museum (Nigel Bradley).

Holding a geological curator’s Group meeting in 1985 which lead to the permanent appointment of Colin Reid, at Dudley Museum and allowed geology to flourish in the area (Alan Cutler et al).

The BCGS were the only voluntary body of a total of seven schemes that were carrying out conservation activities pre 1990. We were used as a model for the Rigs Scheme which was launched in 1990 and have continued to influence national policy relating to earth heritage conservation (Alan Cutler).

Continually lobbying Black Country Authorities until they accepted geological sites into the planning system for wildlife (the so-called SINC’s system) and subsequently reviewing and extending these site details and listings as the Unitary Development Plans undergo review (Alan Cutler).

There are many individual conservation projects that are equally worthy of mention and undoubtedly many individuals whom I have failed to mention for which I apologise. All deserve our admiration for the record that I am able to relate above. Graham Worton, September 2002.

In May 2009, Dudley Metropolitan Borough Council began a project to infill the huge Cathedral Gallery of the Wren’s Nest East Limestone mine with loose sand. (For background, see Newsletter 194, p.7.) 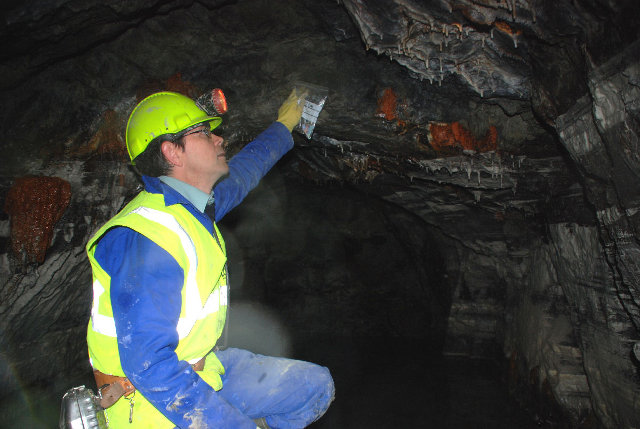 This mine and the adjacent vast underground canal basin contain some of the world’s most important geology and mining heritage. The project was designed to ensure the future potential of the underground features is retained for future generations. This would also safeguard future access for geotourism, science and conservation.

The very first stage of this work was 9 days of scientific study of the underground environment co-ordinated by Dudley Museum and Art Gallery’s Keeper of Geology, Graham Worton. Several key pieces of work were undertaken including: 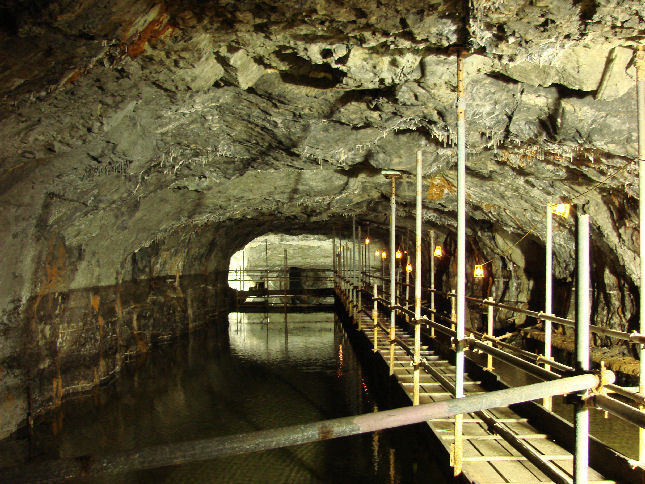 High resolution moulding and casting programme of rock surfaces within the mine prior to sand infill.

The infilling programme was completed by August 2009. Images and samples from the project are now being analysed in the new lab facilities at Dudley Museum, and already many new discoveries are coming to light.

An example of this is the programme of lab work, focussing on the ancient volcanic ash layers which occur occasionally within the limestone layers of the mine. A dozen or so samples have been washed and sieved to extract microscopic fossils and mineral grains. The fragments range in size from 2mm to 63µm (63 thousandths of a millimetre). These are being painstakingly picked through by the museum’s Geoteam. They are revealing a host of planktonic and mud-dwelling life-forms that occupied those ancient seas, and include the 425 Ma scolecodont (worm jaw) illustrated below. 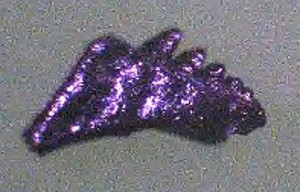 This is in the sieve size range 63 -106µm (63 -106 thousandths of a millimetre). Many of these micro fossils have never been recorded at Wren’s Nest National Nature Reserve before and some may be totally new to science. Mineral grains like tiny grains of Zircon (the mineral often used as a diamond simulant) will be collected and used in 2010 for radiometric dating of the rocks. This will provide the first ever accurate date of the rocks of the Wren’s Nest. In 2010 a range of special exhibits will be put on display in Dudley Museum and Art Gallery from these works. This will include;

At regular intervals in 2010 the museum lab will be open while the Geoteam and associated scientists are actually carrying out the research work for the public to see and have their chance to ask the scientists about this work.

In recent years the BCGS has convened working parties to help clear unwanted vegetation from some of our local geology sites. Reports from these may be found in the Geoconservation posts. 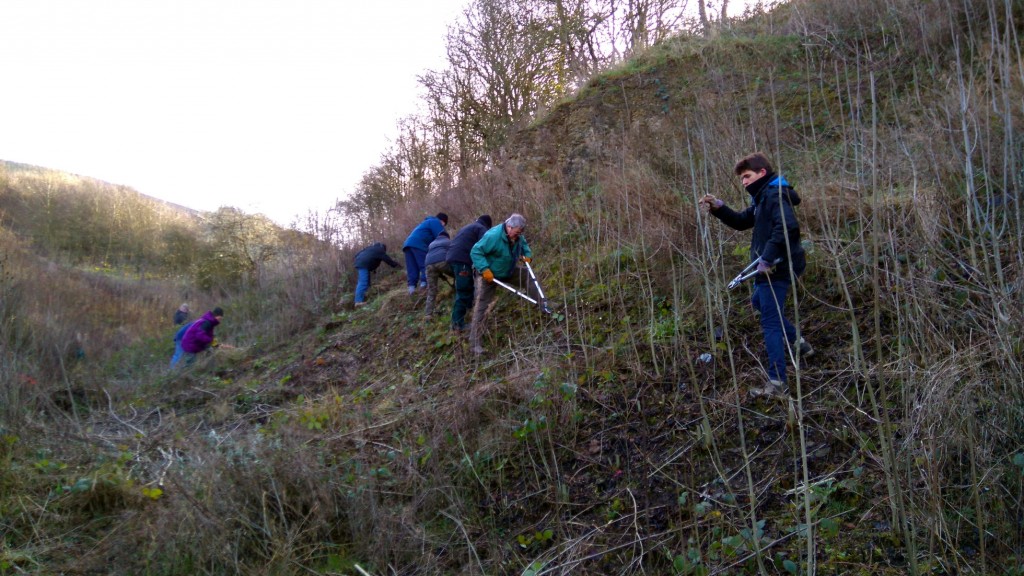