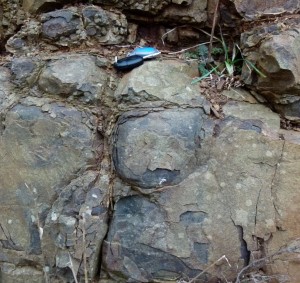 Situated on the eastern slopes of the Rowley Hills approximately 1km to the southeast of Dudley town centre is a long low rockface of dark crystalline igneous rocks of late Carboniferous age. Formerly the high northern highwall (quarry face) of a large working roadstone quarry, now only the top few metres of rock remain. The remnant exposure is approximately 100m in length and can be found at SO975893. It is the best and most easily accessed example of the top of the basaltic intrusive igneous rocks that form the Rowley Hills that can be seen outside the active quarries on their western side. Superb examples of vertical columnar jointing and ‘onion weathering/ onion skinning’ (exfoliation) can be seen here. Excellent examples of soil sections passing down from topsoil through weathered basalt in to unweathered rock below can also be seen.

These basalts and dolerites were intruded in a hot ( >1000°C) molten state into strata of the Coal Measures and Etruria Marls late in the Carboniferous Period (in Westphalian D times) as a result of major earth movements of the Hercynian (also known as Variscan) mountain building episode that were occurring at this time. The magmas slowly cooled at depth and formed the hard crystalline rock that is locally called today the ‘Rowley Rag’. As the molten mass cooled and solidified it contracted and formed the cracks that create the columns that we see today. There is open access to the exposures from footpaths leading from Bluestone Walk and associated estate roads. 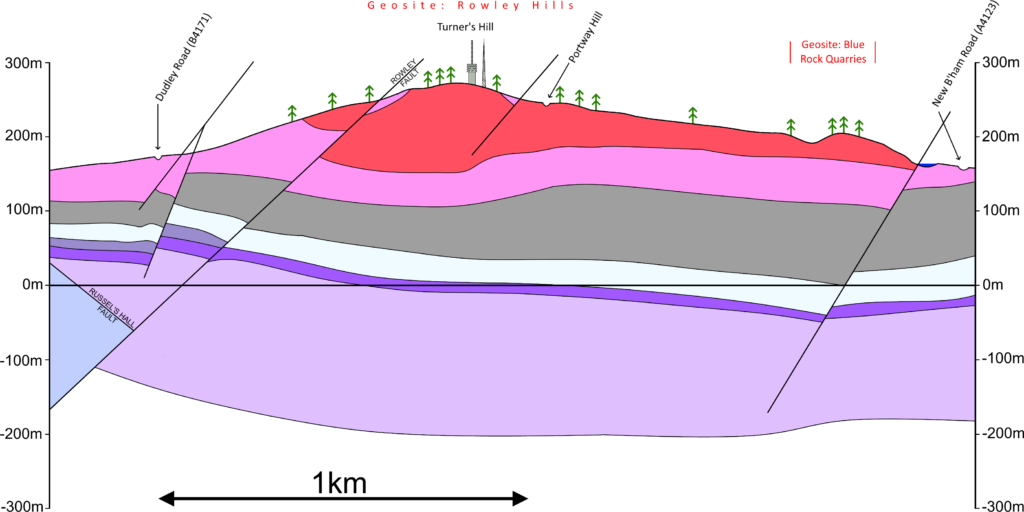 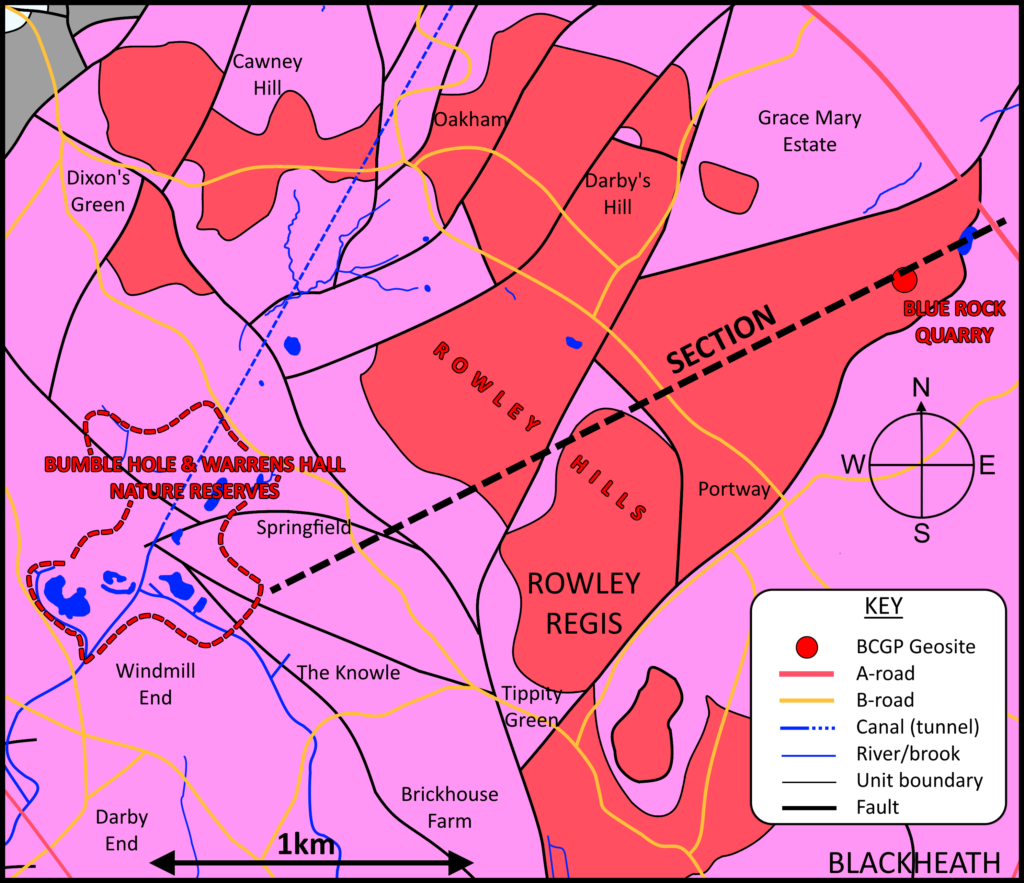 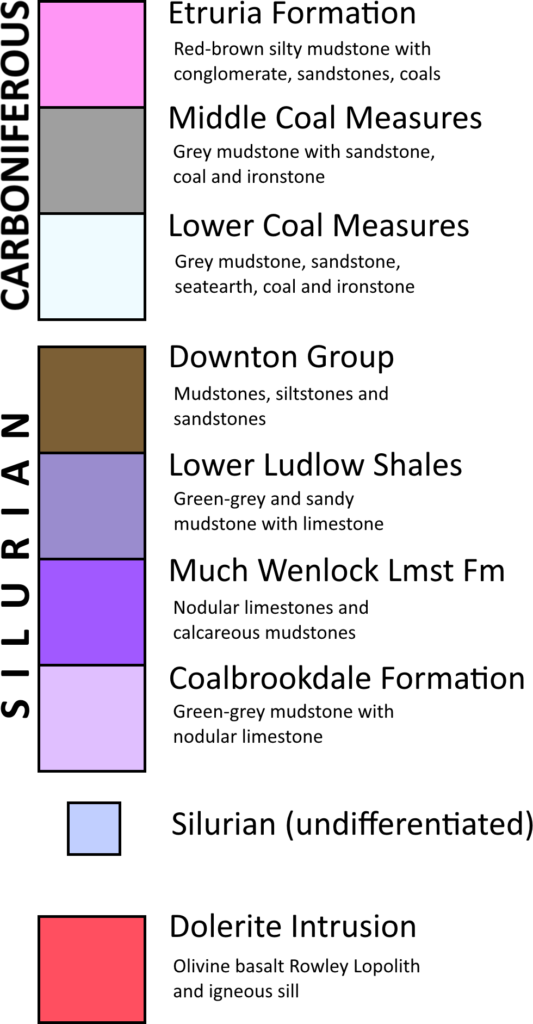 Blue Rock Quarry is one of the Black Country Geopark’s Geosites.