Holloway Street, Lower Gornal, West Midlands Situated approximately 2 km to the west of Dudley town centre is a large shallow abandoned sand pit with remnant long rockfaces scattered among the greenary and ponds of a grassy open space. The rockfaces are of Upper Silurian deltaic cross-bedded sandstones of the Downton Castle Sandstone Formation (known locally as the Gornal Grit). 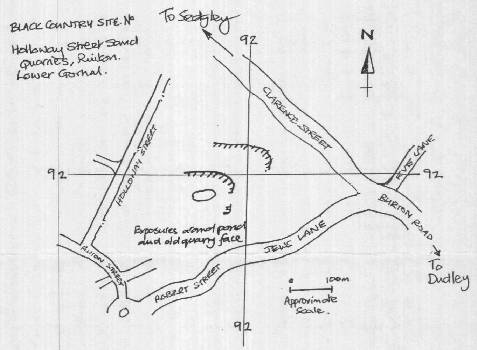 The junction between the Downton Castle Sandstone and the underlying Turners Hill beds of slightly older age were once exposed behind factories on the opposite side of Holloway Street and also at the opening of a storm water pipe in the main quarry area. The Turners Hill beds are shales containing much primitive plant material and show that a quieter, less energetic sedimentary palaeogeographic environment existed immediately before the onset of Downton Castle Sandstone deltas. The quarry is now much overgrown and access during the height of summer is restricted by significant vegetation growth.

The best exposure is approximately l00m in length and can be found at SO917919. It is the best and only known example of the junction between the two geological units in the area and is in distinct contrast with the junction of the Downton Castle Sandstone at other nearby localities such as The Hayes Cutting at Lye or at Saltwells Local Nature reserve. This makes this exposure particularly important for understanding how changes occurred in this area at the onset of the Caledonian mountain building period.

There is open access to the exposures from footpaths leading from Holloway Street and associated estate roads onto the green area. 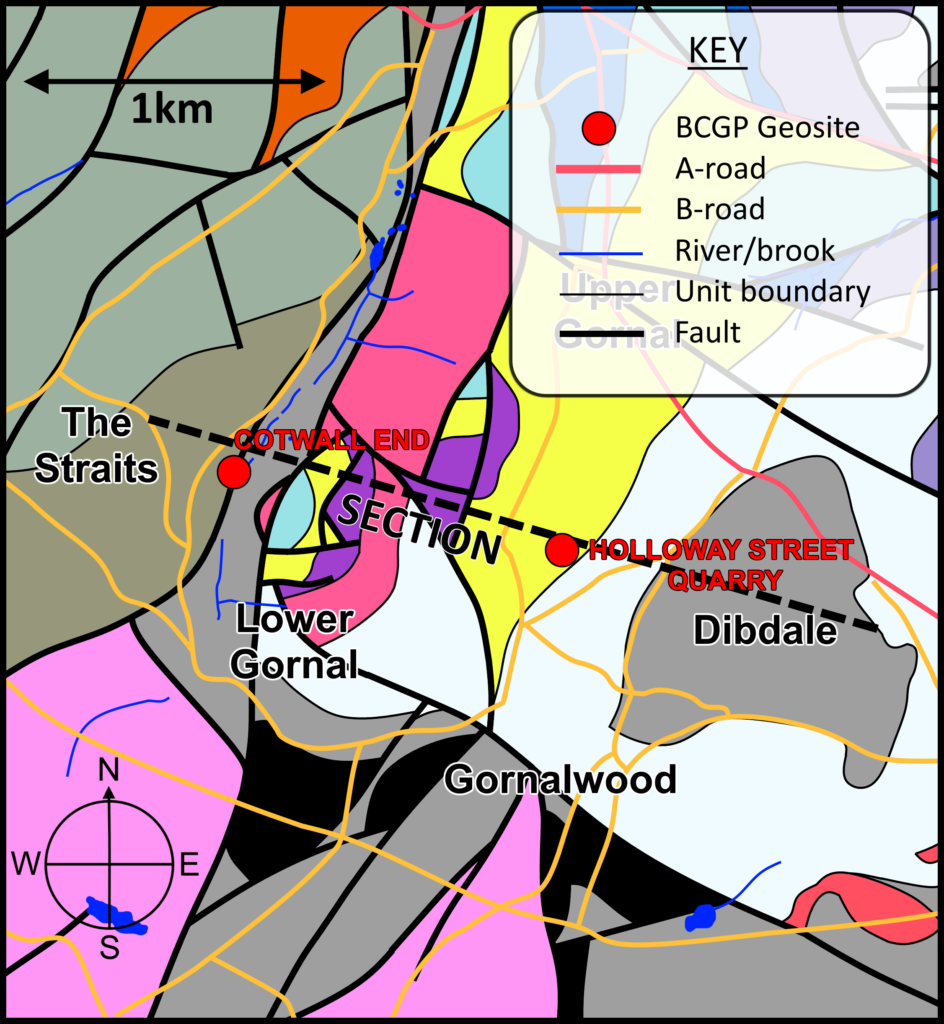 Two intervals of time define Black Country geology more than any other. The oldest is the mid-Silurian, when shallow seas hosted the incredible diversity of life found in the reef fossils at Wren’s Nest. The second, more economically important period, was the Carboniferous, when vast swamplands generated what would become the coal that drove the Industrial Revolution. Between these two periods the area that is now England was in a state of transition. A continental landmass was moving closer and the sea level was shallowing. Rocks from these times are generally not well exposed in the Black Country, but Holloway Street Quarry is an exception to this. This Gornal geosite exposes the Downton Castle Sandstone Formation. The Formation is perhaps better known by its local name of ‘Gornal Grit’.

Gornal Grit, a type of sandstone laid down in a river delta 420 million years ago, is one of the hardest and most durable rock types found anywhere in the Black Country. As a result, it was widely employed as a building stone in the local area – and can still be seen in numerous 19th century walls and churches. Sandstone was both the literal and metaphorical bedrock of Gornal, with at least 5 separate quarries active early in the 1800s. The strip of green land nestled between Holloway Street and Hermit Street (collectively referred to as ‘Holloway Street Quarry’ here) was the main focus of this, with several quarries still in use during the mid-20th century. 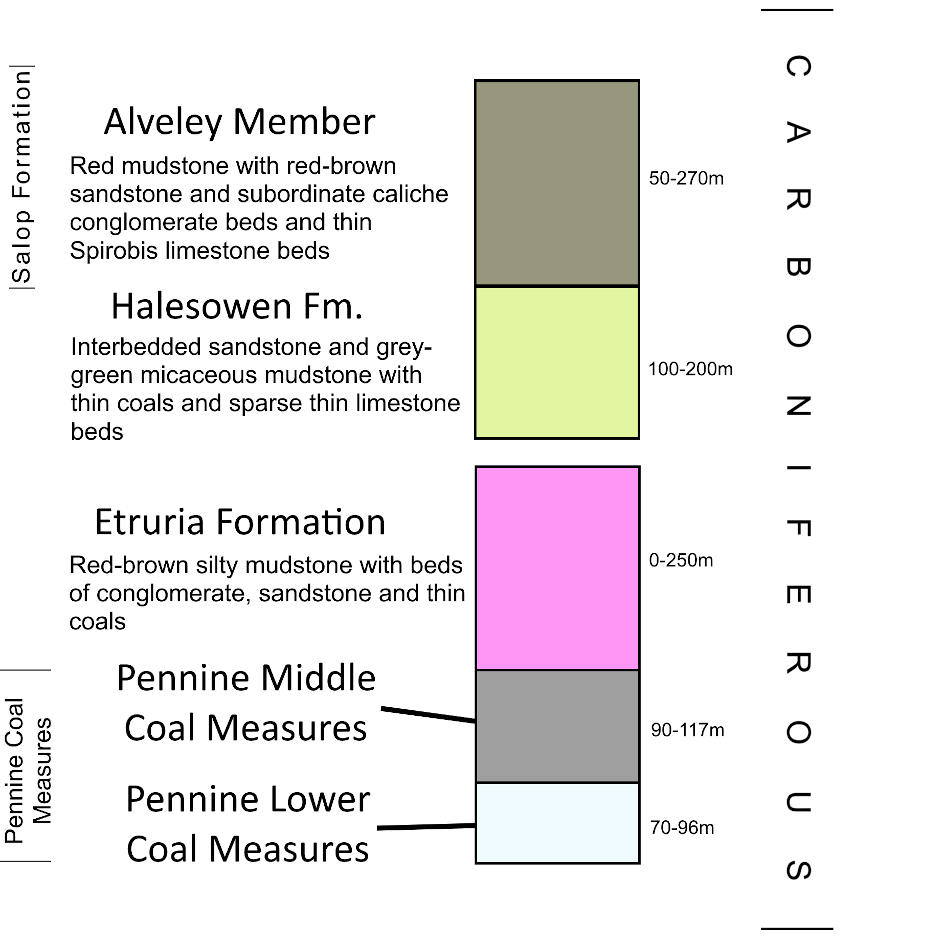 At Rollason’s quarry (adjacent to Holloway and Ruiton Street), a remarkable discovery was made in the mid-20th century: an exquisitely preserved fossil fish unlike anything alive today, around 10cm in length, with a broad, bony headshield and no jaw.

This ancient fish belongs to the group Osteostraci (the bony-shelled fishes) and represents a fascinating moment in evolutionary history. These animals probably ate by lugging their spade-like heads along the muddy seabed, kicking up sediment and consuming any tasty morsels they could find. 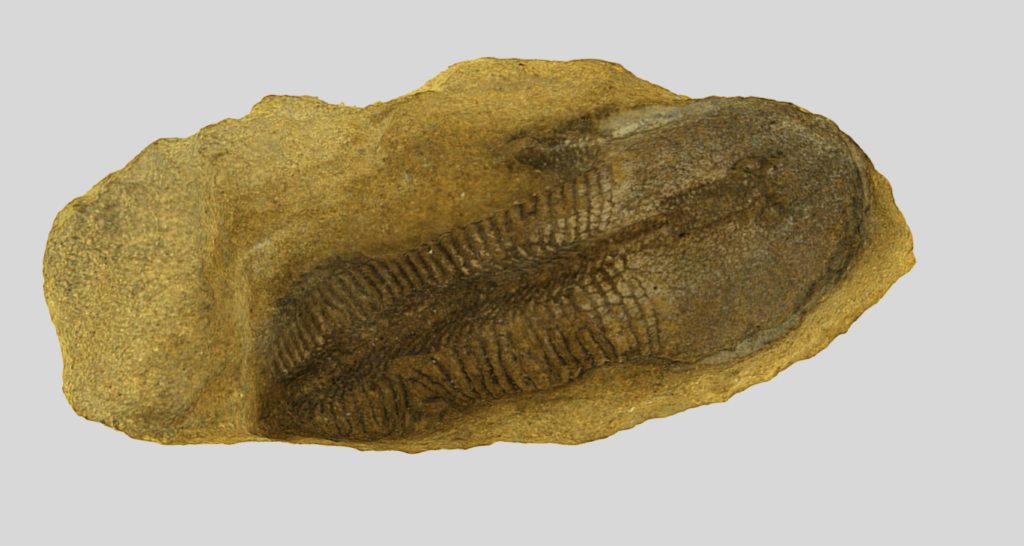 An image of a 3D model of the Gornal Fish (Hemicyclaspis murchisoni), now stored at the Lapworth Museum of Geology at the University of Birmingham. Model created by Luke Meade. 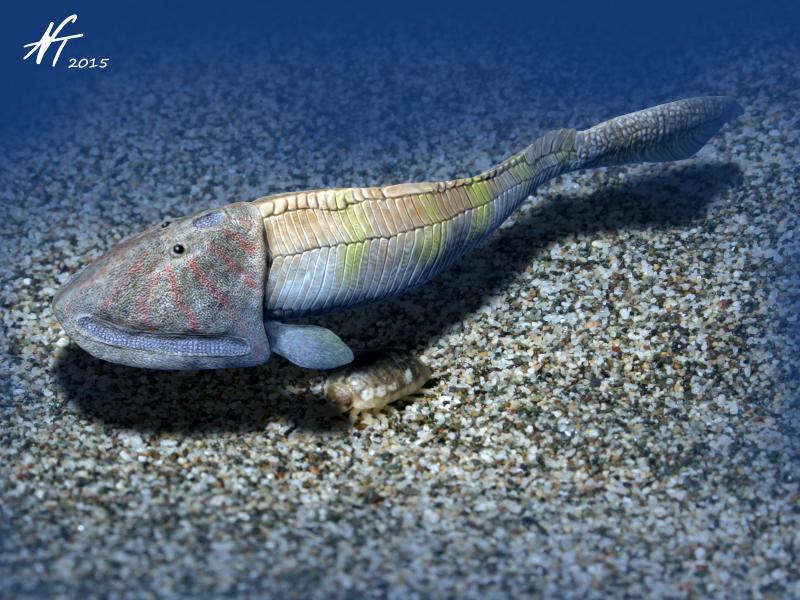 A reconstruction of the Gornal Fish as it would have appeared in life, by palaeoartist Nobu Tamora.

The Gornal fish (Hemicyclaspis murchisoni) is a truly noteworthy and unique fossil. Although fragmented remains of this and other fossil fish have been recovered from the Gornal quarries, no other fossil this well preserved was ever unearthed. It is very unusual for the skeletons of bony-shelled fishes to be recovered fully intact. Normally the head and bodies of these animals would separate after death, as the bony segments would disarticulate once the muscles had decayed. In contrast, the Gornal fish is preserved fully intact, and still closely resembles how it would have looked when it swam through late Silurian seas almost half a billion years ago.

Canals and railways made it easier to import harder-wearing building stones from further afield by the late 19th century, but the ever-savvy Gornal folk had more ways to market their product. Solid blocks of rock were ground down by horses pulling huge crushing wheels, and even Gornal’s windmill was employed to grind down the grit. The sand produced was used for both industrial and for domestic purposes, such as scrubbing dirty pans and coating floorboards.

Rollason’s quarry, the last place where Gornal Grit was cut from the ground, and the discovery location of the Gornal Fish, finally closed in 1971. You can still see an old Gornal Grit quarry face on the green land adjacent to Hermit Street, and a very small outcrop of Downton Castle Sandstone can also be seen along the tramway cutting at Saltwells.

It is one of the quirks of geology that unfathomably ancient sand was eroded from an extinct continent, transported along a long-forgotten river, exposed to immense pressure and turned into solid rock; and this rock was then returned to sand again 420 million years later for use in the households of the Black Country. With that thought I leave you with the old call of the sand merchants, otherwise known as ‘Gornal Donkeys’: “Get your sond, get your sond. Ha’penny a bucket and some in your ‘ond.”

This article was written for BCGS Newsletter 270 by Matthew Sutton.

Holloway Street Quarry SINC is one of the Black Country Geopark’s Geosites.