Barr Beacon Local Nature Reserve (LNR) is located 5km (3 miles) east of Walsall town centre. Parking is available off the junction of B4154 Beacon Road and Bridle Lane (SP060967). The trail can be steep and muddy in places, so it’s a good idea to wear suitable walking boots. Barr Beacon Quarry (also known as Pinfold Lane Quarry) can be accessed by crossing Beacon Road and taking the public footpath opposite to Bridle Lane. The entrance to the quarry is on your left. Beacon Road can be very busy so take care when crossing. 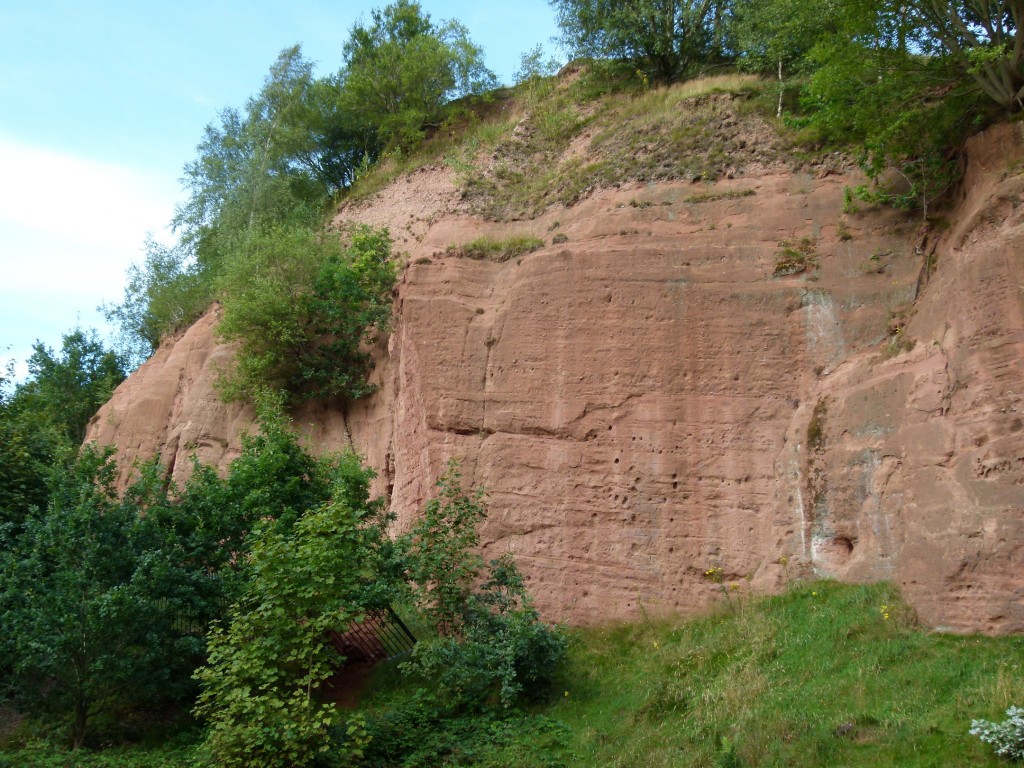 Barr Beacon is a prominent North-South trending ridge midway between Walsall and Sutton Coldfield. It is the highest topographical feature on the eastern side of the Black Country and rising to 227m (745ft) with only Turners Hill, Rowley and Beacon Hill, Sedgley being higher in the west. The summit area is an excellent view point with magnificent panoramic views over the surrounding country in all directions.

Barr Beacon and the surrounding area were shaped by glacial and subsequent processes of erosion at the end of the Ice-age but it’s the rocks forming the ridge that make it such a distinctive landscape feature. The rocks were deposited in the deserts of early Triassic age, 241 – 248 million years ago. Two distinct rock units are present. The lower, older unit is a sandstone with thin beds of quartzite breccia known as the Hopwas Breccia which now can only be seen in the quarry. This southern end of the ridge has been affected by an east-west fracture known as the Barr Beacon Fault which has the effect of a westward displacement so that the quarry is about 100 metres west of the main ridge. Overlying the breccia and forming the hard protective capping to the ridge is the Kidderminster Formation comprising a thick pebble conglomerate with thinner impersistent sandstones. Nearby there is also some evidence of sands and gravels and other features from the Ice-age. The rocks were an important source of aggregates and there were small quarries in a few places along the western (scarp) side of the ridge. The biggest of these is Barr Beacon Quarry in Pinfold Lane which was an important source of building sand and pebbles which were crushed for road metal. 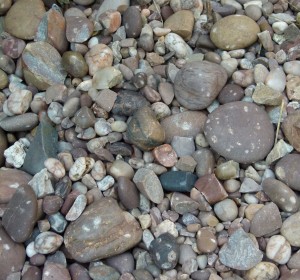 Pitting in the pebbles of Pinfold Quarry

The conglomerate is generally hard and well consolidated except where erosion is giving rise to spectacular gravel fans down slope which can be seen in the Quarry. The pebbles show what are known as solution spots, pitting, resulting from when they were closely compacted at depth. The smooth condition of the pebbles indicates that they have been transported hundreds of kilometres (from the area which is now Northern France) by rivers swollen by seasonal rainfall or even melting snowfields in the distant mountains. The large size of some of the pebbles indicates a flow rate that sometimes reached at least 4 metres/second. The rivers, would drop their load of pebbles and sand as delta fans in the desert basin stretching from the edges of the mountains up into present day Cheshire.

The reserve is owned by the Barr Beacon Trust and managed by Walsall Council’s Countryside Services. Barr Beacon and the Quarry are designated Sites of Importance for Nature Conservation (SINC) and as a local nature reserve for their geological and wildlife value.

Barr Beacon Local Nature Reserve is one of the Black Country Geopark’s Geosites.