The Wren’s Nest, Other Photos 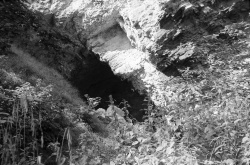 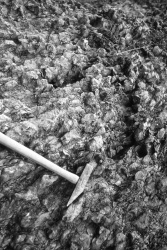 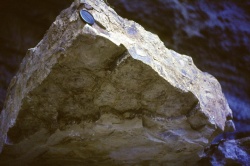 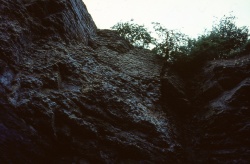 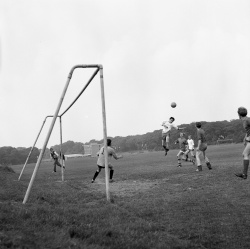 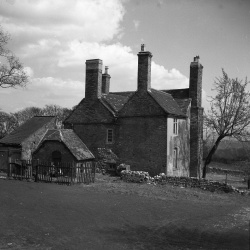 PP2_Wrens_Nest_farmhouse_1950s_small.jpg
Wren's Nest Farmhouse stood at the southern end of the central area of Wren's Nest Hill. Photo thought to have been taken in the early 1950s. 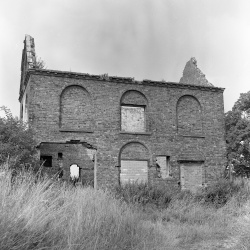 PP3_Derelict_winding_house_1960s_small.jpg
The Winding House stood in close proximity to Wren's Nest Farmhouse and was used for winding cables hauling materials from the surrounding limestone workings. Photographed in a ruinous state in the late 1960s by Peter Parkes. 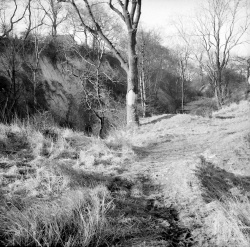 Photo1_P1200244.JPG
View from the top of the Nodular Member ridge looking west across the Lower Quarried Limestone Member trench to the steeply dipping rocks that are at the junction of the Much Wenlock Limestone Formation and the underlying Coalbrookdale Formation. The building in the top left hand corner of the photo is the cable Winding House seen in the previous photo. Photo taken c. early 1950s. 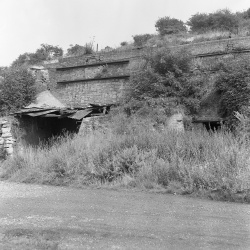 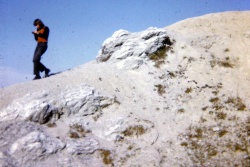 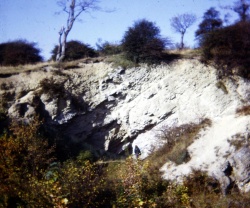 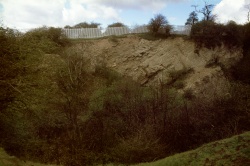 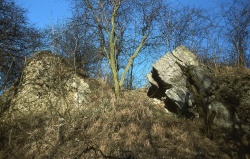 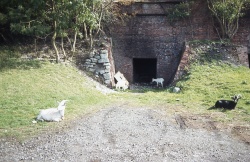 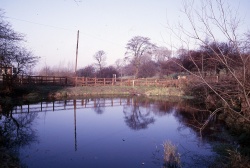 PP5_Caves_Pool_1984_small.jpg
Caves Pool is located on, and drains from the rocks of the Coalbrookdale Formation that form the core of Wren's Nest Hill. Photo taken in 1984 by Peter Parkes.

Return to The Wren’s Nest