In recognition and celebration of the 150th anniversary of the publication of Sir Roderick Murchison’s book ‘The Silurian System’, an international conference on the Silurian System was held at the University of Keele. After the formal lecture programme lasting 4½ days, there was a post-symposium programme of ‘Historical Excursions’ across Wales and the Welsh borderland to visit a number of localities made classic by Murchison’s studies. This concluded with about 100 participants from 15 countries (some as far afield as China, Australia, USSR and the USA) paying a visit to the Black Country Museum. The BCGS had the honour of helping to organise and participate in this part of the celebrations.

The highlight of the evening was a trip by canal narrow boat underground to the Singing Cavern in the Much Wenlock Limestone Formation, where a life-sized working model of Murchison impressed everyone with a brief exposition on the geology of the area. Then Mr John Thackray also gave an outline of Murchison’s visit to the area.

This visit was reported by Archibald Geikie in his book “Life of Sir Roderick I. Murchison: Based on His Journals and Letters”:
‘The proximity of the Silurian territory gave the geologists an opportunity of making an excursion into it under Murchison’s guidance. A goodly gathering mustered round him as he led them into the Dudley caverns, which Lord Ward lighted up for the occasion. There he gave them a subterranean lecture on the story of the ancient sea-formed rock within which they were assembled, and then emerging again to daylight, he led them to the top of the Wren’s Nest, where, amid much merriment, and with general approbation, he was enthroned by the Bishop of Oxford as “King of Siluria”.’

The following set of photos were all taken on the boat trip to and from the Singing Cavern. 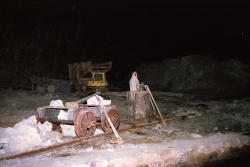 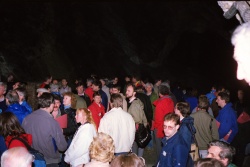 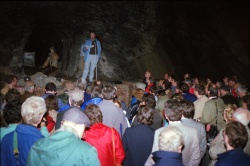 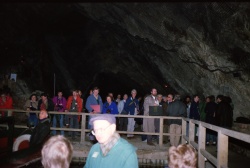 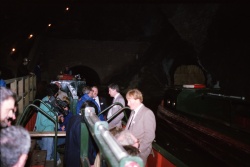 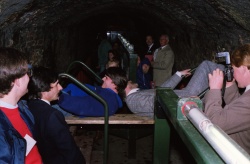 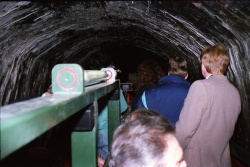 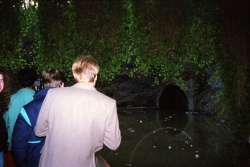 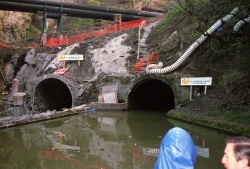 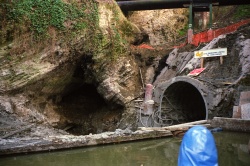 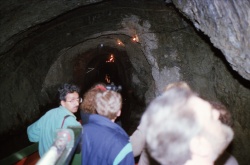 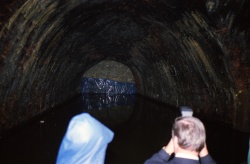 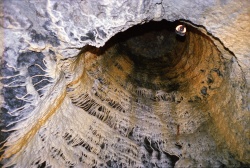